A years-long litigation battle surrounding a data breach at the University of Pittsburgh Medical Center in 2014 has resolved with a judicially-approved settlement. Under the agreement, UPMC must pay $2.65 million to 66,000 employees whose personal information was stolen in the data breach.  UPMC’s case highlights the responsibilities an employer may have to protect its employees’ private information.

In 2014, hackers breached UPMC’s computer systems and stole employees’ personally identifiable information (PII), including names, addresses, social security numbers, salaries, and bank information.  A suspect was arrested for the hacking in 2020 and confessed to selling the employees’ PII on the dark web.  The information was then used to file phony tax returns in order to collect fraudulently-obtained refunds, leading to $1.7 million in IRS losses.

The trial court dismissed the employees’ claims, and the Superior Court, in a split panel decision, affirmed the trial court’s decision.  However, on further appeal, the Supreme Court of Pennsylvania issued an important decision reinstating the employee’s negligence claim in 2018.

Dittman explored whether an employer has a legal duty to use reasonable care when storing its employees PII on a computer system. 649 Pa. 496 (Pa. 2018). 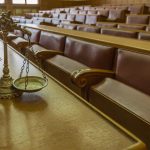 The employees argued that they were exposed to risk as a result of UPMC’s affirmative action (requiring the disclosure of PII and storing it on their computers).  UPMC, on the other hand, argued that it could not be held liable for a criminal data breach by a third party, because under the law, “there is no duty to protect or rescue someone on account of circumstances the defendant had no role in creating.”

The Court decided for the plaintiffs, holding that an employer has a legal duty to exercise reasonable care in the storage of employees’ PII.  In deciding in favor of the plaintiffs, the court found among other things that:

After the Supreme Court of Pennsylvania’s reversal of the lower courts, the plaintiffs ultimately settled their claims and were able to recover damages.

The Supreme Court of Pennsylvania is not the only court to have addressed data breach issues in the employment context.  Several other courts have held that employees may sue regarding an employer’s duty to protect employees’ PII:

The California Consumer Privacy Act (CCPA) imposes a variety of requirements on companies to safeguard both employee and consumer PII.   Under the CCPA, consumers and employees who are impacted by data breaches will be able to bring claims for statutory damages of up to $750 per affected individual per incident, or for actual damages, whichever is higher.

While some states are working to ensure that employee data must be protected, the reality is that the majority of states do not have statutes addressing this issue.  As a result, employees who are victims of data breaches must usually base their claims on common law causes of action, making them reliant on courts to interpret the law in their favor.  And, as the lower court decisions in Dittman illustrate, that may not be a certainty.

Employees who fall victim to data breaches should be aware that they may have a cause of action against their employer.  Employers that neglect to implement adequate data security measures, such as firewalls and data encryption, may be held liable for their failure to take reasonable care.

PrevPreviousEdward Jones & Co. Financial Advisors Reach $34 Million Settlement In Discrimination Case
NextHow the ADA and FMLA intersect and why this is important for employeesNext
Scroll to Top